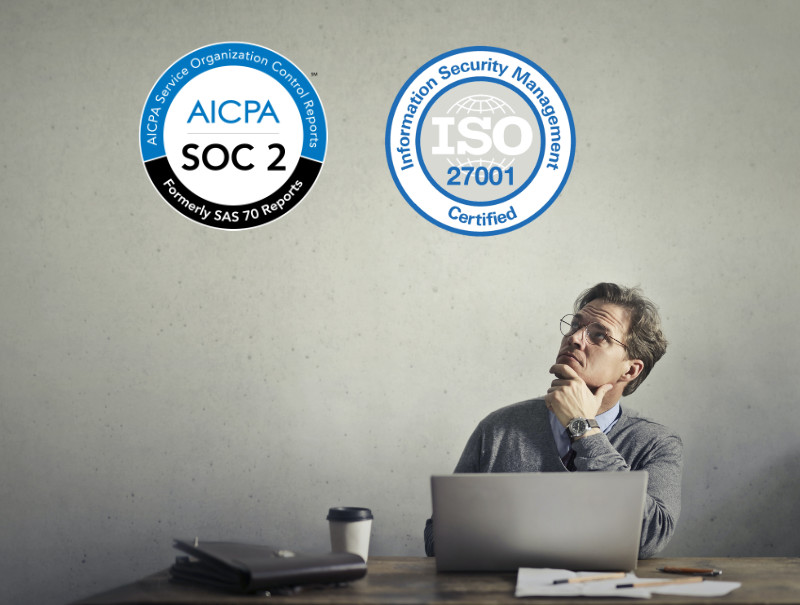 The cybersecurity rating is widely used, among other situations, as a tool in third-party risk management processes, coexisting with other mechanisms such as ISO27001 certification and SOC2 audits.

And as it is usual for many doubts to arise regarding the use of one or the other, we thought it would be useful to make this post about it. Let's start by defining both mechanisms:

In summary, we can already see a clear difference: A standard that defines how to implement an ISMS versus criteria aimed at generating trust in services.

Next step: Let's understand the deliverables associated with each of them.

Therefore, the aforementioned difference is confirmed:

In any case, the cybersecurity rating issued by LEET Security gives a result similar to the SOC2 report with the added value that the result is objective on a 5-level scale that allows a very specific understanding of the security level of the service evaluated. in the three dimensions (confidentiality - integrity - availability)... that is why we recommend its use [by the way, perfectly compatible with carrying out a SOC2-Type II audit]

If you want more information about SOC2 and ISO27001, you can read these other texts: